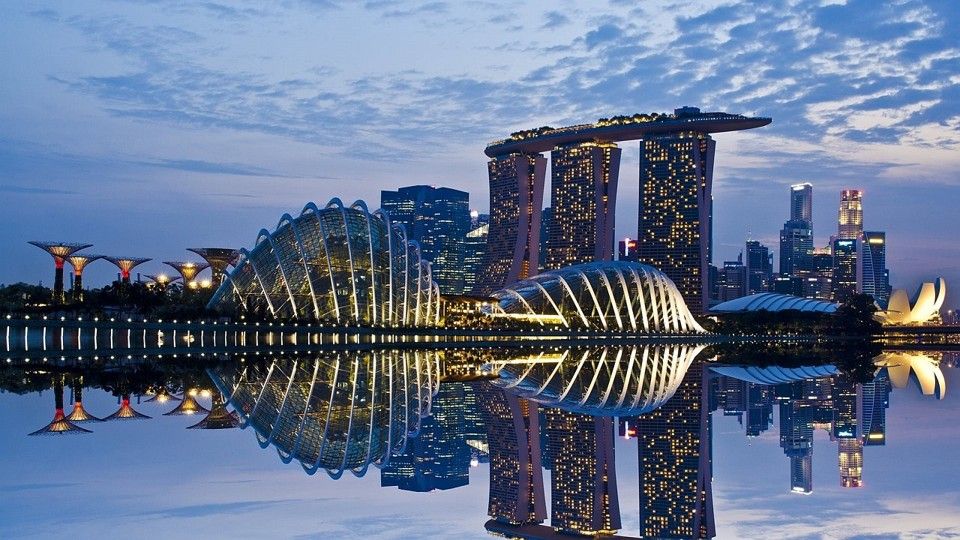 Singapore is perfect stopover for both individual travelers, tourists groups and incentive groups.

Singapore Changi Airport is undoubtedly best airport in this Planet and has direct connections with 220 cities in the World. It’s biggest and most important air hub in South East Asia linking Asia with Australia, Americas, Europe, Africa. From every corner of Globe you may fly through Singapore to Bali.
Singapore is shocking modern city, perhaps it’s cleanest in the World and best organized. Almost everything in Singapore is perfect. Cultural melting pot and dazzling example of the region’s economic successes, wealthy and dynamic Singapore assails the senses of the first time visitor. The former British trading post and colony has carved a unique niche for itself over the past couple of centuries, nowadays offering a vivid combination of ultra-modern skyscrapers, remnants of tropical rainforest, ambitious tourist developments, occasional reminders of the colonial era, and an assortment of colorful ethnic urban areas such as Little India, each with a character very much of its own.

Best time to visit:
Singapore lies almost on equator line so enjoys round the year exactly some weather. On some internet sites you may find information about seasonal variations but those variations are visible for scientific only and are really marginal. Located just north of the equator, Singapore has a tropical climate and stays hot and humid throughout the year. Temperatures average around 30-31º C during PHOTO NBR Singapur -29 PHOTO NBR Singapur _30 PHOTO NBR Singapur _ 31 the day and 26-27 º C night time with very little seasonal variation, although it’s slightly ( average by 1 º C) cooler in December and January.
Thunderstorms are also a very regular phenomenon, occurring on roughly 40% of all days year-round but particularly common during the Southeast Monsoon. In fact, this small city-state has one of the highest rates of lightning activity worldwide.
Despite the unpredictability of the weather, Singapore experiences as much brilliant sunshine as it does rain, and therefore makes for a delightful beach destination. If sunbathing happens to be interrupted by an unexpected shower, there is at least a plethora of indoor entertainment.
As Singapore’s weather does not vary drastically throughout the year, tourism in the area is relatively steady year-round. The weather can be erratic and unpredictable, so it may be best to plan a visit based on the festival season rather than the climate; some of the nation’s most notable are the grand celebrations of Chinese New Year, the Lantern Festival and the Art Festival. Accommodation prices rise significantly during the Formula One racing.
Most recommended places to be visited:
Gardens by the Bay together with Marina Sands Bay amazing and unique concept for urban landscaping are counted as biggest tourist attraction in Singapore.
Sentosa Island, the biggest theme park in the World.
Universal Studios
Jurong Bird Park
Night Safari ZOO & River Safari Park
Clarke Quay entertainment area
All above attractions are included to our offer for FITs & incentive in Singapore
Travel professionals For details go - link to Travel Agents login

Enquiry for tailor made tours : reservation@polowindonesia.com